Share
May 25, 2022
Share
Image
HPD Commissioner and project partners at the topping off of UHHM at Bronx Point

THE BRONX, N.Y., May 25, 2022 /PRNewswire/ -- The Universal Hip Hop Museum will celebrate the first anniversary of its groundbreaking ceremony with a traditional "Topping Off" event on Wednesday, May 25th from 11 a.m. until noon at Mill Pond Park located at Exterior St & East 150th St. in the Bronx. The Universal Hip Hop Museum has been designated by the New York City Council as the cultural anchor of Bronx Point; the sprawling new 56,000 square foot waterfront development project located in the South Bronx is celebrating its completion!

"Witnessing the "topping off" of the Bronx Point development, which features the future home of the Universal Hip Hop Museum, is a dream come true. The continuous support by city and state officials is proof that Hip Hop culture is a Bronx-born, cultural resource embraced by millions worldwide. It's the passion for Hip Hop culture that we share with the world, that makes this joint effort exciting for the Bronx, New York City, and the world," said Founder and Executive Director Rocky Bucano.

"We are excited to see the progress happening at Bronx Point and can't wait to celebrate its completion next year," said New York City Economic Development Corporation President and CEO Andrew Kimball. "Bronx Point will activate a long-vacant waterfront to create high-quality public open space, over 500 permanently affordable homes, and a range of cultural facilities that pay homage to the boogie down Bronx."

As the anchor of Bronx Point, the museum is a significant part of the permanently affordable housing, mixed-use project. In 2020, the project garnered an award for Excellence in Public Design by the New York City Public Design Commission. As the borough enters an era of unprecedented revitalization and economic development, the Universal Hip Hop Museum will serve as a "living document" that will chronicle the rise of the culture and ensure its preservation.

"This development will benefit the Bronx community for generations to come, with 542 permanently affordable homes, extensive cultural and community programming, and the new Universal Hip Hop Museum," said Eric Enderlin, HDC President. "Congratulations to all our partners on reaching this important milestone in the construction of Bronx Point."

The unifying force of Hip Hop culture is reflected in its global rise from the streets of the South Bronx to the world. Celebrating its 50th anniversary in 2023, Hip Hop culture's influence is ubiquitous in art, music, fashion, film, marketing, and entertainment today. Transcending language, age, race, geographic, and socio-economic barriers, "The 5 Elements," of Hip Hop are universally accepted today as canon by millions worldwide. As the future home of Hip Hop culture, the Universal Hip Hop Museum is poised to become a global tourism destination in the birthplace of the culture, the South Bronx, New York City.

"Bronx Point is one step closer to completion and we could not be more excited," said Josue Sanchez, Senior Director at L+M Development Partners. "Today's topping off ceremony represents new heights for this extraordinary mixed-use project that will improve a formerly vacant site in the South Bronx with new permanently affordable housing, educational community facility spaces, dynamic retail, and a revitalized waterfront park and esplanade. This event is also a milestone for the Universal Hip Hop Museum, the cultural anchor at Bronx Point. I want to thank my colleagues at L+M, Type A Projects, and especially, our public and private partners for their ongoing commitment to Bronx Point and UHHM, and the future they represent for The Bronx community and most importantly, its people."

ABOUT THE UNIVERSAL HIP HOP MUSEUM

Anchored in the birthplace of Hip Hop culture, the Universal Hip Hop Museum will break ground in the Bronx in 2021. Built as a space for audiences, artists, and technology to converge and create unparalleled educational and entertainment experiences, the museum is slated to open in Bronx Point in 2024.  The UHHM will celebrate and preserve the history of local and global Hip Hop music and culture past, present, and future. 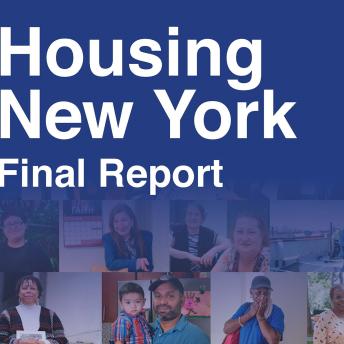 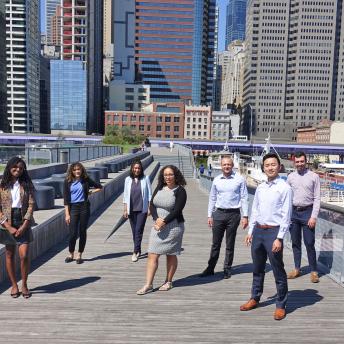