Making good on the Mayor’s commitment to reach deeper affordability, 46 percent of the homes serve New Yorkers earning less than $42,000 per year or $54,000 for a family of three. The Mayor’s signature housing plan remains on pace to reach its ambitious goal of creating or preserving 300,000 affordable homes by 2026.

“There’s no fight more fundamental to the future of our city than the one to keep it affordable for working families. In 2014, we set the most ambitious goal in this city’s history to build and preserve affordable housing – and today, thanks to eight years of hard work, we met it,” said Mayor Bill de Blasio. “Those affordable units have done more than just keep working families stably housed amid unprecedented challenges. They will help ensure a fairer, more diverse, and more vibrant New York City for generations to come.”

“At the core of today’s announcement are two critical parties: community leaders who fought to advance equity across the five boroughs and several generations of public servants who worked day and night to make it happen,” said Deputy Mayor for Housing and Economic Development Vicki Been. ”Undeniably, over the past 8 years, the City worked through Mandatory Inclusionary Housing, a number of path-breaking, collaborative neighborhood rezonings—such as Gowanus, SoHo/NoHo, and East New York, and many other fundamental improvements to make the city we love fairer, more resilient, and more diverse. I am proud to say that we delivered on what was first heralded as impossible: the promise to create and preserve 200,000 affordable homes.”

“This Administration’s historic achievement is a testament to the City’s workforce and its partners, but the real legacy lives with the thousands of families who now have an affordable home to raise families, work hard, and pursue their dreams,” said HPD Commissioner Louise Carroll. “Housing New York has placed the City in its strongest position yet to tackle the affordability crisis ahead, leaving behind an impressive production pipeline able to secure, on average, 25,000 units each year while deepening affordability to reach the lowest income New Yorkers and laying out a blueprint for fair housing and equity through the Where We Live NYC initiative. Since 2014, the plan has evolved into an all-around and all-hands-on-deck approach to helping New Yorkers afford rent, buy a first home, fight tenant harassment, maintain safe living conditions, help families stay in their neighborhoods, house the most vulnerable families, and build stronger neighborhoods. The plan has generated more than 200,000 affordable homes in 8 years, and trailblazed a path for a fairer New York City.”

“I want to thank Mayor de Blasio, Deputy Mayor Been, Commissioner Carroll, and all our colleagues and partners across the affordable housing industry for their triumphant effort in bringing the Housing New York plan across the finish line. I am incredibly proud of the dedicated teams at HDC and HPD whose hard work made this milestone achievement possible,” said HDC President Eric Enderlin. “HDC contributed critical bond financing to support the ambitious goals of the Housing New York plan, and never ceased in the pursuit of innovative solutions in order to stretch our limited resources further and secure the tools needed to create more affordable housing at a time it is needed most. As we look ahead, there is more work to be done to ensure greater opportunity for New Yorkers; it’s imperative we continue to work together and advocate for the tools needed to ensure our city is a more equitable and secure place to live.”

“Over the past couple of years, East Brooklyn has seen an increase in population, making the need to build quality affordable housing a top priority,” said Congresswoman Nydia Velázquez. “50 Penn is the newest development that will offer safe housing to working families in East Brooklyn and help to accommodate the growing population. I would like to thank all of the community leaders and stakeholders whose hard work and dedication ensured that real affordable housing was built in this community.”

“The need for affordable housing in New York City is an undeniable reality,” said Dylan Salmons, Regional Vice President with Pennrose. “We are pleased to have been able to support Mayor de Blasio’s administration in achieving this record and look forward working with our partners to continue delivering much needed housing throughout the city.”

“As an organization dedicated to housing New York City’s low to moderate income families for almost 50 years, RiseBoro is committed to community development that engages diverse stakeholders and meets the needs of residents,” said Scott Short, CEO of RiseBoro Community Partnership. “We commend Mayor Bill de Blasio for reaching the goals set out by his Housing New York plan two years ahead of schedule. It is our honor to celebrate with the Mayor, Deputy Mayor Vicki Been, the NYC Department of Housing Preservation and Development and the NYC Housing Development Corporation, this milestone achievement for a city Administration, which centers affordable housing at the heart of community development.”

In 2017, the Mayor committed to achieving deeper affordability and expanded the plan with Housing New York 2.0, which laid out a sustained goal of 25,000 affordable homes preserved or constructed per year. In 2020, as part of YOUR Home NYC, the City’s comprehensive approach to helping New Yorkers get, afford, and keep housing, the Mayor further committed to ensure all new housing produced reached New Yorkers earning less than $42,000 per year or $54,000 for a family of 3.

As a result, the City has financed more than 66,000 new affordable homes and preserved more than 134,000 homes to create and secure affordability for the next generation of New Yorkers. Through Housing New York, the City financed affordable units in every single New York City community district and the plan remained on budget.

Housing New York fundamentally shifted the paradigm for how, where, when, and for whom affordable housing is built in New York City. By expanding the range of tools available to build and preserve housing and protect tenants; advancing innovative policies and programs to address a broad range of housing needs and serve more of the most vulnerable New Yorkers; expanding and diversifying the pool of partners who participate in this work; and streamlining existing processes to make them more efficient; the City not only secured 200,000 affordable homes, but also advanced an agenda designed to make this a more equitable and inclusive city.

“From the Bronx to the Far Rockaways, from Hudson Yards to the North Shore of Staten Island, we have been laser focused on bringing affordable housing to New Yorkers,” said DCP Director Anita Laremont. “I congratulate City Hall, HDC and HPD for their leadership, the housing advocates who help us get it right, and my incredible DCP team for crafting zoning policies and practices that supercharged the creation of new and permanently affordable housing. We are a city for all, and this work speaks clearly to that.”

“It is critical to preserve our existing housing stock and create affordable housing, and NYCHA’s partnerships with the Mayor and the City of New York are necessary to achieve that,” said NYCHA Chair & CEO Greg Russ. “Today’s achievement was made possible by the sizable investment this Administration has made to increasing the City’s stock of low-cost, high-quality homes and it will resonate for generations to come.”

“We are proud to have worked with this administration to bring affordable housing to New Yorkers across the city,” said NYCEDC President and CEO Rachel Loeb. “Our work repurposing vacant or underutilized city-owned sites into affordable housing developments ensures New York City remains a place where New Yorkers can live, work, and thrive.”

“I am delighted to join you this week to celebrate the milestone of 200,000 affordable homes financed,” said Council Member Darma V. Diaz. “The right to safe, quality, affordable housing is an essential human right for the 37th Council District.”

“We applaud the de Blasio administration for its incredible progress advancing its ambitious affordable housing plan despite tremendous challenges caused by the pandemic,” said Rachel Fee, Executive Director of the New York Housing Conference. “Creating more affordable housing is helping to make New York affordable and equitable, and now the Adams administration will need to build on that progress to create the city New Yorkers deserve.”

“As the pandemic continues to take a toll on New Yorkers and housing insecurity remains on the rise, ensuring access to safe, stable, and affordable homes has never been more important. We applaud the City for reaching this historic milestone ahead of schedule and demonstrating its commitment to addressing the affordability crisis head on,” said Baaba Halm, vice president and New York market leader, Enterprise Community Partners. “We would also like to celebrate the City’s partnerships with nonprofits and community organizations and recognize their crucial role in advancing the Housing New York plan and fighting for the vulnerable populations they serve.”

“Commissioner Carroll and the HPD staff have worked tirelessly before and during the pandemic to ensure New Yorkers in need have a place to call home,” said Laura Mascuch, Executive Director, Supportive Housing Network of NY. “We are especially grateful for HPD’s commitment toward creating supportive housing for the most vulnerable New Yorkers which has resulted in nearly 8,000 new units funded. On behalf of the Supportive Housing Network’s more than 100 New York City nonprofit members we extend our heart-felt congratulations to HPD for its accomplishments under the Housing New York plan.”

“Over the course of the last eight years, the de Blasio administration and the hardworking affordable housing industry have collaborated to make New York City as affordable as possible,” said Jolie Milstein, president and CEO of the New York State Association for Affordable Housing. “As a result of those efforts, more than 200,000 affordable homes have been financed despite considerable roadblocks, and it is every day New Yorkers benefitting the most.”

"We join the city in celebrating this significant milestone, which will ensure that many families have access to affordable housing opportunities,” said Christie Peale, CEO/Executive Director, Center for NYC Neighborhoods. “In particular, we want to congratulate and thank HPD Commissioner Louise Carroll for her support of homeownership initiatives throughout the five boroughs.” 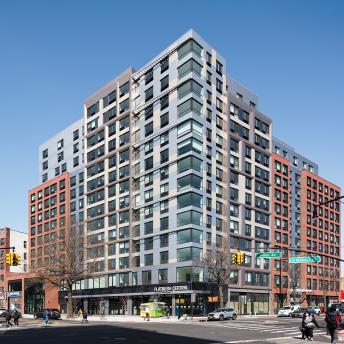 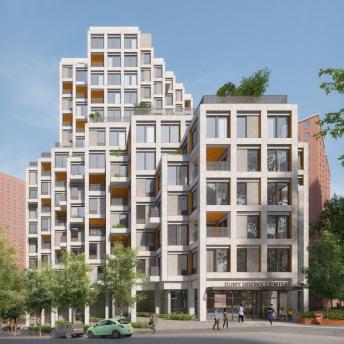