When complete, the three-phase non-profit development plan will produce 5 all-electric Passive House buildings that will include commercial and community space, along with nearly 400 new affordable apartments, including those for formerly homeless households.

BROOKLYN, NY – Throop Corners is the first of five city-owned sites in Brooklyn’s Broadway Triangle neighborhood to break ground for the creation of new much-needed affordable homes. In 2019, the New York City Department of Housing Preservation and Development (HPD) and the Housing Development Corporation (HDC) designated the Broadway Triangle development sites to non-profit developers St. Nicks Alliance, RiseBoro Community Partnership, Southside United Housing Development Fund Corporation – Los Sures, and United Jewish Organizations of Williamsburg and North Brooklyn (UJO) – collectively referred to as Unified Neighborhood Partners. These non-profit community groups with deep roots in the neighborhood, and along with builder-partner Mega Contracting, were selected to develop these sites via a competitive request for proposals process after forming a collaborative partnership born from a decades long discourse over the future of the land.

Throop Corners will include a mix of studio, one, two, three, and four-bedroom units, including three and four-bedroom apartments with laundry hookups and double sinks. All apartments are at or below 80% AMI, including homes set aside for formerly homeless New Yorkers. The building includes two elevators, a landscaped courtyard and roof terrace, green roofs, solar panels, a family room and two community rooms, and bike and stroller storage. In addition to affordable apartments and amenities, the building includes a ground floor workforce development center operated by St. Nicks Alliance in 6,400 square feet of community facility space.

“We’re thrilled to break ground on the first of five affordable housing buildings to be developed in Broadway Triangle on city-owned land,” said HPD Commissioner Adolfo Carrión Jr. “Throop Corners will be a long-term asset for the neighborhood, providing 140 deeply affordable homes for New Yorkers at a wide range of family sizes. Thanks to our team of non-profit community-based developers for pushing this project forward.”

“Today’s groundbreaking celebration marks the first phase in a far reaching Passive House development that will have lasting impacts for the Broadway Triangle neighborhood,” said HDC President Eric Enderlin. “Throop Corners will offer safe and affordable homes, in addition to onsite workforce development services for New Yorkers in need, including formerly homeless individuals and families. I would like to thank our dedicated partners for their efforts to foster the creation of stronger, healthier communities through projects like this.”

“We are thrilled to be part of the team delivering on the promise of affordable housing in the Broadway Triangle,” said Scott Short, CEO of RiseBoro Community Partnership. “Unified Neighborhood Partners brings nearly two centuries of combined experience serving the communities in and around the triangle. Through these projects we look forward to continuing our commitment to strengthening collaboration within the nonprofit sector and building truly inclusive communities.”

“Today’s groundbreaking is a symbol of unity and commitment to address our community’s collective needs. The Unified Neighborhood Partners will develop much needed affordable housing and provide access to services that help secure affordability for those most vulnerable in our communities. Today these four community-based organizations prove that people are more important than profit,” said Juan Ramos, Executive Director, Southside United HDFC - Los Sures.

“Today marks a special moment in North Brooklyn’s history and unlocks our dream of starting to build 100% affordable housing in the Broadway Triangle, by breaking ground on 88 Throop Avenue. We are finally at the stage of starting construction, for the first of five sites, by creating 140 units with unit sizes from studios to four bedrooms to meet the needs of all community residents. When all five sites are completed, we will have created close to 400 new affordable units,” said Rabbi David Niederman, President of the United Jewish Organizations of Williamsburg and North Brooklyn. "We have demonstrated that a community united is stronger than a community divided. We are grateful to Mayor Eric Adams, Borough President Antonio Reynoso, Councilmember Lincoln Restler, Former Councilmember Steve Levin, and all our other elected officials that helped make this dream a reality."

Each of the five Broadway Triangle buildings are designed with Passive House techniques for an energy-efficient building with better interior air quality, noise attenuation, and thermal stability. This will reduce carbon emissions while also deepening affordability for residents through lower utility bills.

The Throop Corners team also includes design by Marvel Architects, structural engineering by DeNardis, mechanical/electrical/plumbing Engineering by Dagher Engineering, envelope consulting by Steven Winter Associates, lighting consulting by Dot Dash, sustainability consulting by MaGrann Associates (fka The Levy Partnership), solar design and construction by Sunkeeper Solar, and landscape design by Tier II. Environmental remediation is coordinated by Roux Engineering. Mega Contracting is onboard as the builder for all 5 buildings. Joint Ownership Entity (JOE) NYC, a collective of non-profit organizations throughout the five boroughs, will assume ownership of the buildings at permanent conversion.

“The groundbreaking that is taking place today marks the start of a historic affordable housing development in North Brooklyn,” said Congresswoman Nydia M. Velázquez. “I’m so proud of the work that the Unified Neighborhood Partners has done to help build affordable housing for working families across the City.”

“We have a real housing crisis in New York, especially here in Brooklyn. People are struggling with a lack of affordable housing and displacement – but together, we’re going to ensure Brooklyn and this city remain home to the people who love it and make it what it is. Breaking ground on decades-in-the-making housing project means hundreds of people are one step closer to an affordable, safe, and high-quality place to call home. Broadway Triangle and our work here is only the beginning,” said Brooklyn Borough President Antonio Reynoso.

“I am thrilled to be present for the groundbreaking on the first site for 100% affordable housing in the Broadway Triangle. This day has been over 15 years in the making and is the result of the North Brooklyn community coming together, even when it wasn't easy. This groundbreaking shows that everyone can have a seat at the table and every community has a right to affordable housing here in New York City. Future generations will hear the words "Broadway Triangle" and they will think of affordable housing for everyone. My appreciation goes to everyone who made this day a reality over so many years,” said Stephen Levin, CEO of Solar One and Former District 33 Councilmember.

“The development of the Broadway Triangle was a source of controversy and division in our community for too many years. Nothing could be more beautiful than the beloved community based organizations that are rooted in North Brooklyn coming together to build 100% truly affordable housing that will house the full diversity of our community,” said Councilmember Lincoln Restler. 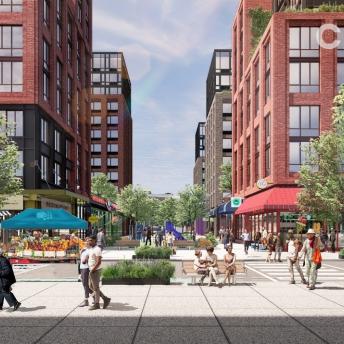 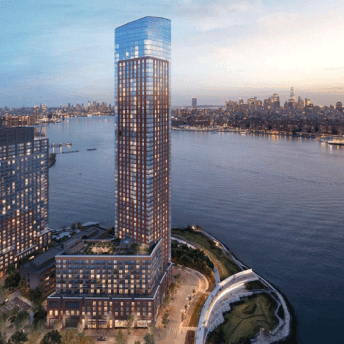 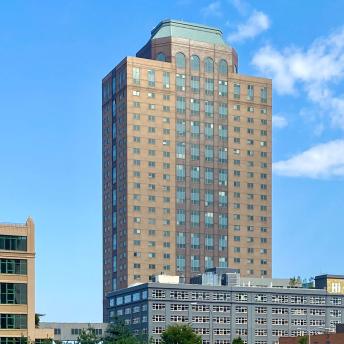