“Nothing will stop New York City from keeping its promise to create a more livable and affordable city – not even a pandemic,” said Mayor Bill de Blasio. “By leading the nation in financing affordable housing construction and preservation, New York City will remain a place that welcomes everyone and keeps families in their homes – all while delivering a recovery for all of us.”

Creating and preserving affordable housing is a critical pillar of Your Home NYC, the Mayor’s comprehensive housing plan. Your Home NYC helps to: protect tenants by offering free legal advice and representation, emergency rental assistance, and other eviction prevention measures; ensure housing quality through code enforcement and home fix programs; and provide affordable housing by financing the construction and rehabilitation of public and income-restricted private housing. New Yorkers can access all these resources via the City’s housing portal: nyc.gov/housing.

"The Administration doubled down during the pandemic to finance affordable housing that secures safe, quality, affordable homes for the New Yorkers most at risk of housing instability. These investments will do triple duty – providing affordable homes, stabilizing neighborhoods suffering in the pandemic, and creating jobs to fuel our economic recovery," said Deputy Mayor for Housing and Economic Development Vicki Been. “The HPD and HDC teams have done Herculean work during the pandemic to keep making New York City stronger, fairer, and more affordable.”

“This Administration’s ambitious affordable housing commitments remain on track and we’re charging full steam ahead,” said HPD Commissioner Louise Carroll. “We are focused on projects that deliver on the key commitments of Your Home NYC and will serve the most vulnerable communities while also driving economic recovery through this challenging time.”

“The nearly 30,000 homes financed demonstrate the incredible commitment of the teams at HDC and HPD to serving New Yorkers during an unprecedented moment of need. Despite the extraordinary challenges of this past year, we advanced an aggressive program of affordable housing development that will provide greater stability for New Yorkers as we navigate the ongoing health and economic crisis,” said HDC President Eric Enderlin. “Congratulations to the Administration and all our partners on this achievement. As we continue this important work together, it’s imperative we advocate for more resources from the federal government to ensure we provide the support New Yorkers need and deserve.”

Highlights from the City’s actions in 2020 include:

Despite delays during the height of the COVID-19 pandemic, the City doubled down to have a record-breaking second half of the calendar year, prioritizing projects that serve the most vulnerable New Yorkers. Flagship projects from the second half of the year include:

Since 2014, the City has financed 177,971 homes through the Housing New York plan, leveraging $7.4 billion in city capital subsidy to drive a $39.4 billion in investments for New York City’s five boroughs. The full 2020 affordable housing numbers are available here.

As the City takes comprehensive steps to address the need for safe and secure affordable housing, simultaneous efforts are underway to protect our aging public housing stock under the Permanent Affordability Commitment Together (PACT) program. PACT is a key component of the NYCHA 2.0 strategy to repair 62,000 apartments, while preserving affordability and maintaining strong rights and protections for residents.

To date, approximately 9,517 apartments have been renovated under PACT at 50 NYCHA campuses across New York City, with another 12,000 apartments at 35 additional developments slated for comprehensive repairs and upgrades that are in active planning. In 2020 alone, $817 million in capital repairs was approved for financing, which will benefit approximately 4,343 apartments across 25 sites in Brooklyn and Manhattan.

"New York City should be proud that we are a leader in creating and preserving affordable housing. Certainly the challenges are daunting, and housing remains a critical and chronic problem. We need a range of housing, so I am particularly proud that NYC has built both supportive housing and increased home ownership. Not all Black and brown New Yorkers are low-income—we need to make a concerted effort to make sure they can stay. So congratulations to the Administration for this remarkable achievement,” said Council Member Robert Cornegy. 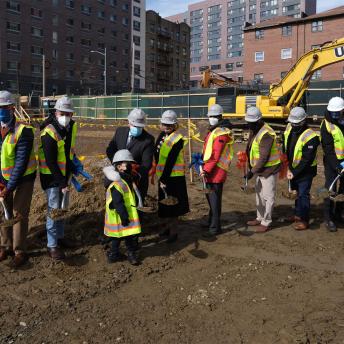 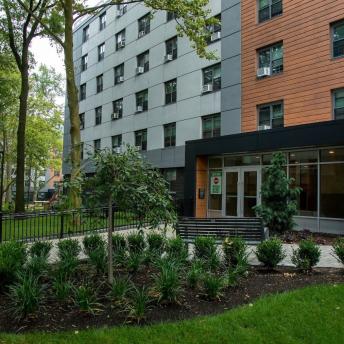